Dontrell, Who Kissed the Sea 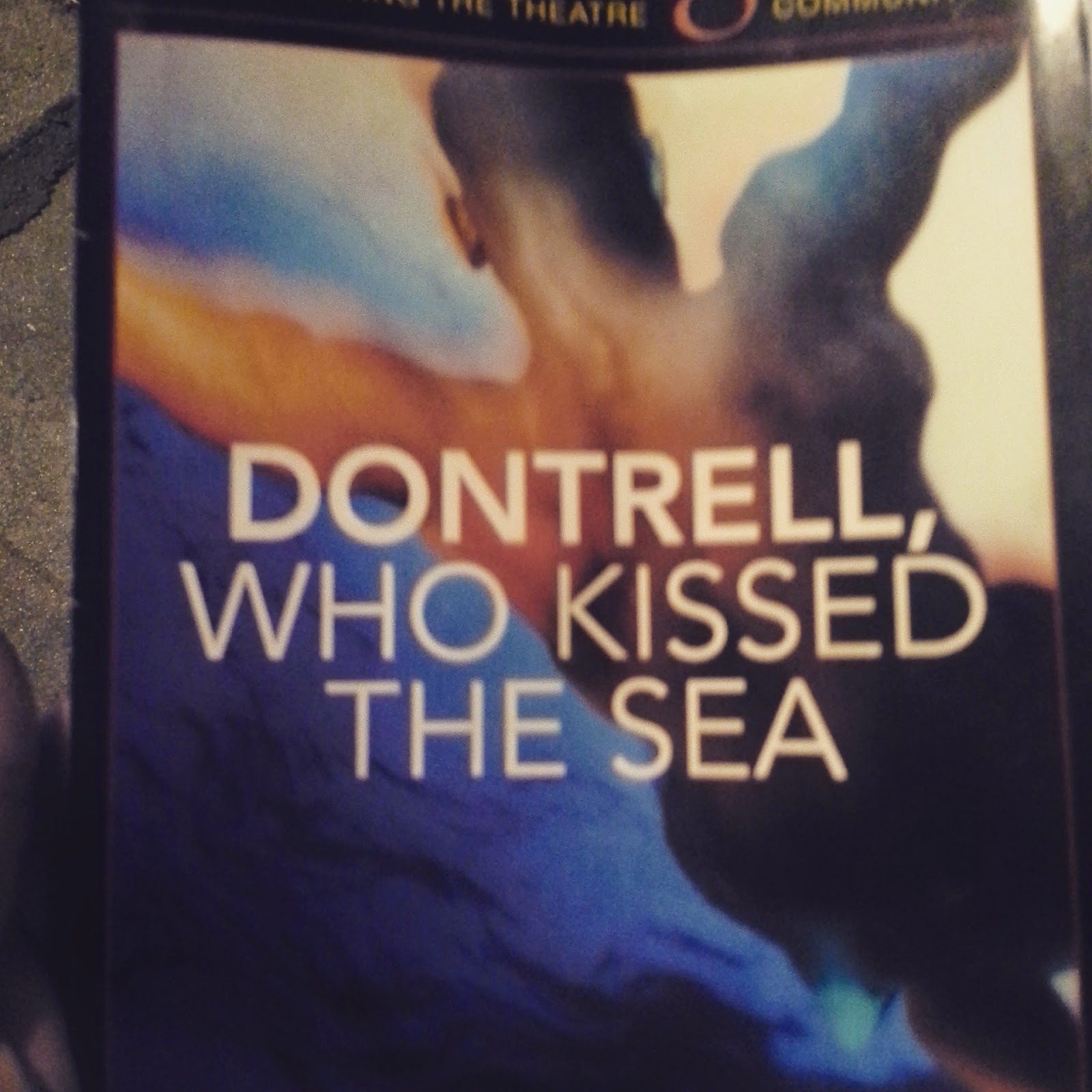 I don't often write reviews, and I hope this doesn't become a trend, but to all who will read I must say this: See the play Dontrell, Who Kissed the Sea.

Notwithstanding that a friend of mine was in it, and notwithstanding that another friend cast the show, this was the finest piece of theatre I believe I've seen in Los Angeles. (Last year's Pope: An Epic Musical was very good, and it's a show I'd like to revisit, but that production didn't have the same polish at Dontrell does. Not by a long shot.) Dontrell is a play that needs to be Off-Broadway. It's a play that needs to be seen and heard by millions; it's a play we all can relate to and, hopefully, glean some inspiration from. Dontrell is a coming-of-age story in a way, but it's also a story about connecting with something deeper, connecting with your ancestors. Sure, that would be enough, but what startles me is how remarkably well-written Dontrell is. The words are more than prose, more than poetry. They are that divinely-inspired thing which only theatre can be; a stream of reality and fantasy and spirituality poured out on stage by seven actors with a minimal set and costumes (which, by the way, are expertly executed—it doesn't feel like minimalism).

Dontrell is a dreamer. The whole play starts with a dream. He talks to the audience via a tape recorder (old-fashioned) to the bemusement and annoyance of his associates. He is us. We are him. The adversity he faces is a family he feels will reject him for seeking something deeper in his family line, in (perhaps) his destiny. He almost drowns, but is saved by a lifeguard who becomes his companion. She has her own quest, her own hang-ups and so on, but in this regard they are perfect for each other. They support each other's mission.

Key to the success of the entire piece is the use of music; specifically, drumming, singing, and rapping. Percussion begins and ends the piece, envelops the piece. Music draws us in and forces us to feel what this piece is about, in our chests. The room moves with us.

We are left with a beautiful feeling, an aura of enlightenment, and a sense of something larger than ourselves. Its premiere rolls on into cities beyond Los Angeles, but I hope sincerely it gets a chance in the big spotlight somewhere in the theatrical pantheon that is Manhattan.
Posted by Kevin F. Story at 00:48 No comments: