The first official Decoration Day (the forerunner of Memorial Day) was celebrated on May 30, 1868, to commemorate fallen soldiers of the Civil War. The date was chosen specifically because there had been no battle fought on that day. Therefore, it was a day of peace in more than one sense. Since that day, there have been many conflicts and many more fallen soldiers. But we still remember them—all of them—as having been protectors of this country and, occasionally, what she stands for. Today, give them your peace.

Just in case you were wondering... 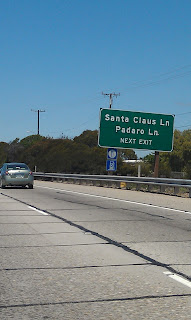 My Letter in Newsday

How surprised was I to find I had been published in today's Newsday (the Long Island, New York, newspaper)! My letter was originally addressed to Dr. Allan Gerstenlauer, the superintendent of Longwood Central School District, where recently a student was suspended (it was later reversed) for creating an anti-bullying video. While the video was filled with errors in spelling and grammar, its message is clear and strong: bullying is wrong, and bullying is preventable. Here is the full letter that I sent to both Dr. Gerstenlauer and Newsday.

As a graduate of Longwood Schools, you can imagine my surprise when I happened past a television this morning in southern California and saw my alma mater in the news. I am proud of my schooling, but I am sad to say my pride was hurt today when I heard about student Jessica Barba and her pending suspension over an anti-bullying film she put together for a school project. I must relate to you my support for Miss Barba and her project, and I would ask that you consider well what suspending her over this project would mean for Longwood and for our society as a whole.

My experience has caused me to be very attuned to news about bullying in our communities and the world. I toured in Theatre Three's Class Dismissed: The Bullying Project for three years, going to schools on Long Island, in New York City, and in Connecticut, talking directly to students, teachers, parents, and administration about the bullying problem and what can be done to alleviate it. Certainly as a student in Longwood Schools I experienced bullying first-hand. I can tell you that Miss Barba's project hit the nail on the head. This is what bullying does to students, to human beings.

To find that a student at my high school was doing such a remarkable, such a poignant and vital project about bullying, and then to find that student being threatened with suspension over it has made me question the authorities under which I had studied. How can a school district bully a student out of her free speech rights, especially and ironically when that free speech is being used to talk about bullying? How can a school combat bullying without talking about it? To say that Miss Barba's project caused a disruption in the school is, I believe, specious at best. The disruption was there before Miss Barba started her project. It is she who is bringing the disruption to light, challenging others to talk about and deal with the very real and dangerous problem of bullying.

And then it was spring

I just wanted to let you know about this:

Godspell is coming this very weekend to Glendale Presbyterian Church. It's an exciting production, filled with wonderful people and spectacular music. You should come! Click the image for more information.
Posted by Kevin F. Story at 16:07 No comments: